Your resource for all things learning!

What is Constitution Day? 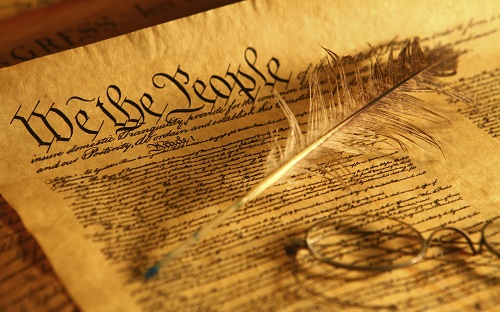 September 17 is designated as Constitution Day and Citizenship Day.

"Constitution Day and Citizenship Day is observed each year on September 17 to commemorate the signing of the Constitution on September 17, 1787, and recognize all who, by coming of age or by naturalization, have become citizens.

This commemoration had its origin in 1940, when Congress passed a joint resolution authorizing and requesting the President to issue annually a proclamation setting aside the third Sunday in May for the public recognition of all who had attained the status of American citizenship.  The designation for this day was 'I Am An American Day.'

In 1952 Congress repealed this joint resolution and passed a new law moving the date to September 17 to commemorate 'the formation and signing, on September 17, 1787, of the Constitution of the United States.” The day was still designated as “Citizenship Day' and retained its original purpose of recognizing all those who had attained American citizenship. This law urged civil and educational authorities of states, counties, cities and towns to make plans for the proper observance of the day and 'for the complete instruction of citizens in their responsibilities and opportunities as citizens of the United States and of the State and locality in which they reside.'

In 2004 under Senator Byrd's urging, Congress changed the designation of this day to 'Constitution Day and Citizenship Day' and added two new requirements in the commemoration of this Day. The first is that the head of every federal agency provide each employee with educational and training materials concerning the Constitution on September 17th. The second is that each educational institution which receives Federal funds should hold a program for students every September 17th." (Source: Library of Congress)

Each educational institution in the United States that receives federal funding must observe Constitution Day and Citizenship Day each year on September 17 (or the week before or after when the September 17 falls on a weekend). (Source: AASCU)

Learn More About It

America's Founding Documents > The Constitution of the United States

The Annenberg Guide to the United States Constitution

The very first man at the convention was renowned "Father of the Constitution" James Madison.

At 81, Benjamin Franklin of Pennsylvania, was the oldest delegate at the Constitutional Convention; and at 26, Jonathon Dayton of New Jersey was the youngest.

Of the 55 delegates attending the Constitutional Convention, 39 signed and 3 delegates dissented.

Two of America’s “founding fathers” didn’t sign the Constitution. Thomas Jefferson was representing his country in France and John Adams was doing the same in Great Britain.

Governor Morris is widely credited as the author of the document's preamble and has been called the "Penman of the Constitution."

George Washington and James Madison were the only presidents who signed the Constitution.

More than 11,000 amendments have been introduced in Congress. Thirty three have gone to the states to be ratified and twenty seven have received the necessary approval from the states to actually become amendments to the Constitution.

The Constitution of the United States: Full text        (en Espanol)
The full text of the 7 Articles of the U.S. Constitution.

The Bill of Rights: Amendments 1-10
The full text of the first 10 Amendments.

The U.S. Constitution: Amendments 11-27
The full text of the other amendments

The US Constitution Summarized

The Abbreviated Constitution of the United States

Preamble to the Constitution

We the People of the United States, in Order to form a more perfect Union, establish Justice, insure domestic Tranquility, provide for the common defense, promote the general Welfare, and secure the Blessings of Liberty to ourselves and our Posterity, do ordain and establish this Constitution for the United States of America.

Articles of the US Constitution

Article 1 Establishes the Legislative Branch.
The U.S. Congress is a legislative body that holds the power to draft and pass legislation, borrow money for the nation, declare war, and raise a military.
It is split into two parts: the House of Representatives and the Senate.

Article 2 Establishes the Executive Branch.
The President, Vice-President, Cabinet, and Departments under the Cabinet Secretaries carry out the laws made by Congress.

Article 4 Establishes States' powers.
States have the power to make and carry out their own laws.  Outlines how to add new states.

Article 5 Establishes how to change the Constitution.
The states are responsible for ratifying amendments. New amendments can be added to the U.S. Constitution with the approval by a two-thirds vote in each house of Congress and three-fourth vote by the states.

The Twenty-seven Amendments to the U.S. Constitution

1st Ensures people of five basic rights: freedom of religion, freedom of speech, freedom of the press, freedom of assembly, and the right to petition the Government. (1791)

2nd “A well regulated Militia, being necessary to the security of a free State, the right of the people to keep and bear Arms, shall not be infringed.” (1791)

4th Prohibits unreasonable searches and seizures and requires any warrant to be judicially sanctioned and supported by probable cause. (1791)

5th  Protects a person's rights during legal proceedings. No one can be forced to be a witness against himself in a criminal case, can be tried twice for the same offense, and anyone charged with a felony must be indicted by a grand jury first. (1791)

6th A person has the right to a fair and speedy trial by an impartial jury in the same district the crime was committed, to be informed of the offense, and to face witnesses. (1791)

8th The government cannot demand excessive bail or fines, or any cruel and unusual punishment. (1791)

9th The Constitution does not include all of the rights of the people and the states. (1791)

10th Any powers that the Constitution does not give to the federal government belong to the states. (1791)

11th Citizens cannot sue states in federal courts. (There are some exceptions). (1795)

14th Every person born in the USA is a citizen. An immigrant can become a naturalized citizen. (1868)

15th All U.S. male citizens have the right to vote, regardless of race, color, or previous condition of servitude. (1870)

18th Forbids the manufacture, sale, or transportation of intoxicating liquors (Prohibition). (1919) [Repealed by the 21st in 1933.]

21st Alcohol is legal. Each state can make laws about making, selling, and drinking alcohol. (1933)

23rd The U.S. Citizens in the District of Columbia have the right to vote for President. (1961)

27th Congress must limit when and how much its members are paid. (1992) 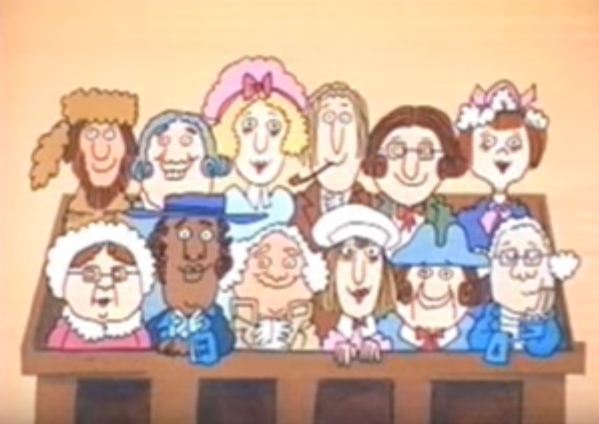 SchoolHouse Rock Preamble to the Constitution
Learning by singing worked for a whole generation.

Which Founding Father Would You Vote For?
See which one matches up with your ideas.

Real or Fake?
Quiz yourself about what is true...

The Road to Revolution
Test your knowledge about the American Revolution, and see if you can navigate your way to independence. Every correct answer gets you closer to liberty.

Ben’s Guide to U.S. Government
The US Government Printing Office provides resources including primary source documents and activities for all grade levels.