The Learning Resource Center is located on the 2nd floor of St. Paul's School of Nursing 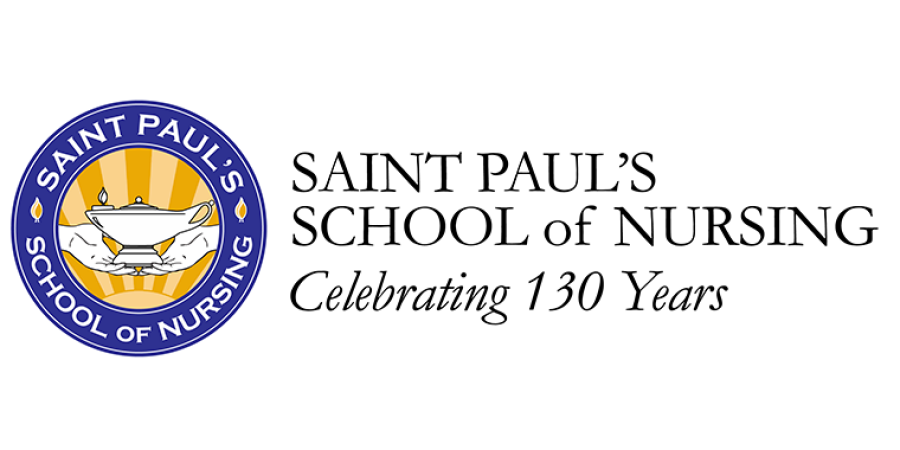 In 1889, the Diocese of Brooklyn, a leader in the health care field, founded its first of five diploma Schools of nursing to support the thirteen health care facilities within the diocese

in 1856, the sisters moved to a former orphanage at the then undeveloped corner of West 11th Street and Seventh Avenue. In 1859, a fair was held at the New York Crystal Palace to raise funds to renovate the former orphanage and erect two additional wings.

In  October of 1892  St. Vincent’s Hospital School of Nursing was launched  in Greenich Village

In 1905, St. Vincent’s was among the first schools to receive its Certificate of Registration from the State of New York.

By 1918, an undergraduate course as a Visiting Nurse was introduced which became an early forerunner of community nursing.

1n 1925, the School became affiliated with the New York Foundling Hospital, to provide training in Pediatrics and Child Care.

1934-1936. It was about this time that a separate St. Vincent’s School of Nursing for Men was established. This respected program graduated 5 classes and 58 nurses.

in 1943, the School of Nursing was accredited by the National League of Nursing

In 1961 the Staten Island Campus opened at  355 Bard Avenue in West Brighton.

In 1963 the Staten Island Campus graduated the 1st graduating class.

A Home Visiting program that allowed students to work with patients in their homes was made part of the curriculum in 1963.

In 1969, the Catholic Medical Center School of Nursing was established and became a registered academic three year diploma program.

In 1977, the school moved to its new home at 27 Christopher Street, with bigger classrooms, a new science laboratory, a comprehensive library, a vastly expanded television studio and a media production center

In February 1983, the Catholic Medical Center School of Nursing was approved to award an Associate in Applied Science Degree by the Regents of New York State.

In 1995 the Staten Island Campus moved to Bailey Seton Hospital .

In 2001, the School of Nursing of Saint Vincent Catholic Medical Centers of New York was approved to award an Associate in Science.The 37 nursing course credits are offered at the School of Nursing  Fresh Meadows campus, while the 27 credits in liberal arts and science courses are offered at the collegiate affiliate, Queensborough Community College.

In 2009 St. Paul's School of Nursing - Queens moved to a Whitestone location at 30-50 Whitestone Expressway, the Staten Island Campus moved to 2 Teleport Drive, its current location.

In September 2012 St Paul's School of Nursing- Queens moved to it current location at 97-77 Queens Boulevard in Rego Park.

In 2021 Stacker compiled a list of the community colleges with the best return on investment using a study by Anthony P. Carnevale, Ban Cheah, and Martin Van Der Werf at Georgetown University. St Pauls School of Nursing was number 1 on the list.

Pictures from the Staten Island Archives

Special Thanks to Judy Lee for this section